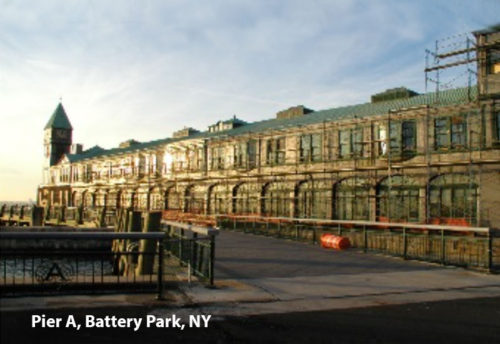 Construction Management and Owner’s Representation for the preservation and adaptive reuse of Pier A for the Battery Park City Authority. The authority is handling the project for the Economic Development Corporation as a city owned property. The $30 Million budget includes 34,000 SF to be developed as a “core and shell” project for future tenants. The BPCA requires a LEED rating for the project. The project’s complexity involves landmarks status by New York City, New York State and the US Department of Interior as well as the numerous agency approvals required for a project over a major waterway. Catalyst recommended the three phase schedule to fast track the project, thereby reducing the projected overall duration by nine months.

The project will be conducted in three phases for initial selective demolition, pier deck restructuring and the final core and shell fit out. Each project is a separate public bid with overlapping efforts in design and construction. Scheduling and cost containment are the critical management objectives for this landmark project.